When it comes to fighting COVID-19, our best option shouldn’t be better late than never.

But in his speech Thursday – during which he laid out stronger vaccine mandates for federal workers and put pressure on teachers to follow suit – President Joe Biden finally provided some of the force that the nation’s fight against COVID-19 has been missing.

Near the beginning of his speech, Biden stated that “many of us are frustrated with the nearly 80 million Americans who are still not vaccinated.”

True. I am one of those frustrated Americans.

He also chided local leaders for playing “pandemic politics.” And while I agree with his criticism, the full weight of my frustration doesn’t just lie with local politicians. A good part of it falls squarely on Biden.

The president’s plan has been called bold. Some parts of it are. But more than anything, I would call it long overdue. Should we commend a president who is finally pushing “bold” actions this late in the game?

As America’s COVID-19 rate quickly surpasses 150,000 cases daily, Biden’s late show of strength is nearly as bad as President Donald Trump’s failure to do what so many other leaders did once the world knew the depths of the initial outbreak – take the virus seriously, push as hard on a mask mandate as his powers would allow and tell the public to stay home.

Biden had the opportunity to do something just as forceful through his Department of Labor emergency order – push employers with 100 or more workers to mandate the vaccine, period, instead of allowing regular testing to be an option.

Infectious disease expert Dr. Anthony Fauci, who is Biden’s chief medical adviser, broke with the president when it came to giving employers what Fauci criticized as an “off lane” on mandating the vaccine.

Fauci, on CNN, stated that Biden was being moderate in order to give those who didn’t want to take the vaccine the opportunity to exercise that right. If they test positive for COVID-19, they could remain home instead of potentially infecting co-workers.

But why chance it? Long before people are symptomatic, they can carry the virus. And a positive test may force them to avoid work, but they could still go to other places in their communities, potentially spreading the disease.

During that interview, CNN chief medical correspondent Sanjay Gupta rattled off some scary statistics: Hospitalizations are more than twice the rate they were at this time last year. Death rates are also higher.

Several COVID-19 speeches into his presidency and Biden is still, disappointingly, missing the mark.

As a Black journalist, I have been trying hard to reach members of my community and spread the message of vaccine importance. I moderated a live roundtable discussion with Black doctors. One described the surge in hospitalizations in her Detroit area as one that rivals the initial outbreak.

Another doctor came out strongly on vaccine mandates: While there are steps that can be taken to encourage people to get vaccinated, he said, the only thing that will knock this virus out for good are strong, unequivocal nationwide mandates.

In March, Biden proudly touted the Food and Drug Administration’s emergency approval of the Johnson & Johnson vaccine. He also set several goals for his first 100 days in office: 100 million vaccines administered and the return of the majority of America’s children in grades eight and under to in-person schooling. He surpassed the first goal. But many questioned the efficacy of the second goal.

In-person education is picking up now, and younger students are getting hit hard by delta. An earlier and more aggressive push for vaccinations among school teachers and a strong mandate for federal ones (something he just did) could have gone a long way toward making the second goal a success.

He also avoided, until much later, making a firm push for mandates among hospital staff – another costly error.

Around the time he gave that March speech, I was a patient at a hospital in Washington, D.C. During my extended stay, most medical professionals I came in contact with had been vaccinated, but at least one nurse who was providing my treatment hadn’t. She had also been treating COVID-19 patients, and admitted to me that she hadn’t been tested for several months. Patients, she tried to reassure me, don’t get coronavirus infections in hospitals – a statement that defies logic and, if true, would make COVID-19 (as one doctor later said to me) unlike virtually all other infectious diseases in history.

Those weeks were, for many reasons, among the scariest times of my life. The fact that I had no protections from a nurse who didn’t seem to appreciate how diseases spread was but one reason.

As a patient, I was required to take a COVID-19 test upon admission to the hospital. Every time I was moved to a different ward, I was tested again. The fact that frequent testing and vaccination hadn’t been required for nurses made patients like me and surrounding communities unnecessarily vulnerable.

In May, the first cases of the delta variant were detected in the United States, at a hospital in Texas, and evidence that it was a much more dangerous version of the virus was already clear.

It wasn’t until July that Biden finally instituted more “incentives for vaccination” for federal employees, but still no mandate. By that time, delta had already ripped through nearly 100 nations.

We’re now facing a much stronger virus. And Hurricane Ida has left us with fewer resources to fight it. Many of the Defense Department and Federal Emergency Management Agency resources the president promised to hospitals across the country have been justifiably tied up in Louisiana, where millions of Americans are still without power in flooded communities.

The delta variant doesn’t care about age. One of those doctors who sat on the panel I moderated, Dr. Michael LeNoir, who practices in Oakland, California, wrote about treating children for COVID-19 who are as young as nine weeks old.

Not only has this become a virus of the unvaccinated (as it’s now frequently labeled), it has become a virus of the young – about 25% of those getting sick are children. For little ones who can’t get vaccinated, the president’s delay in coming down hard on those who can has forced the smallest (and most vulnerable) among us to pay a highly unfair price.

LeNoir also agrees that, on some level, the actions taken by Biden are a bit too late. While he concedes that Biden’s hands have been tied, he also acknowledges that it will likely take years for things to return to normal.

Why have we, as a nation, consistently waited until after this crisis hits incredibly damaging levels to take the most aggressive (and obvious) measures?

Surely Biden was in a position to learn from the stumbles of his predecessor. Trump was slow to act for different reasons – he initially dismissed the science and then failed to push on masks. Even after he was hospitalized for COVID-19, his behavior didn’t significantly change. Those choices cost lives.

I never thought I would come close to agreeing with shock jock Howard Stern. On his show, he vented against anti-vaxxers, stating “f— their freedom. I want my freedom to live.” Strong words. Perhaps a bit too strong. But I understand the sentiment. There comes a point when the well-being of the nation surpasses someone’s right to get sick.

We’ve been here before, done better

I have a brother who lives in Colorado, and he is among the vaccine resistant. I’ve had endless and exhausting conversations with him, during which I’ve tried many tactics that I thought might change his mind – facts on vaccine safety, guilt (how would Mom and Dad feel if something happened to you?), long-haul consequences of the disease.

The only thing that would change his mind, he said, is if it were against the law for him not to get the vaccine. And even then, the consequences for breaking that law would have to be drastic.

The nation has faced vaccine resisters before, and efforts to save the country were more aggressive and the mobilization all encompassing.

In the 1970s, the nation’s Childhood Immunization Initiative, a federal program, used volunteers at the state level to stress the importance of and push for vaccination. The program also tracked individual vaccination records and strongly facilitated access for children who hadn’t taken part.

Eventually all 50 states got on board, requiring the vaccines that are now routine for public school enrollment.

In this pandemic, California has been among the most progressive states, mandating the vaccine for hospital workers. On Thursday, Los Angeles’ school system added the COVID-19 vaccine to its requirements for children 12 and older.

But whether or not people across the country can live, function and get through this pandemic safely shouldn’t depend on a few state leaders doing the right thing. If you live in a state where officials are pro-active, you’re in luck. If you don’t, you’re on your own?

If Biden’s efforts work, it will still take more than a month to see the benefits.

Meanwhile, so many questions are spinning around in my head: What about the lambda variant? As we fall behind dealing with delta, have we opened the door for other strains to become virulent? Without more aggressive steps on mandates, will we ever reach herd immunity?

It was good to hear Biden acknowledge the frustrations held by millions of Americans.

Time will tell if you’ve done enough to quell that.

Eileen Rivers is the projects editor for USA TODAY’s Editorial Page and a member of its Editorial Board.

You can read diverse opinions from our Board of Contributors and other writers on the Opinion front page, on Twitter @usatodayopinion and in our daily Opinion newsletter. To respond to a column, submit a comment to [email protected] 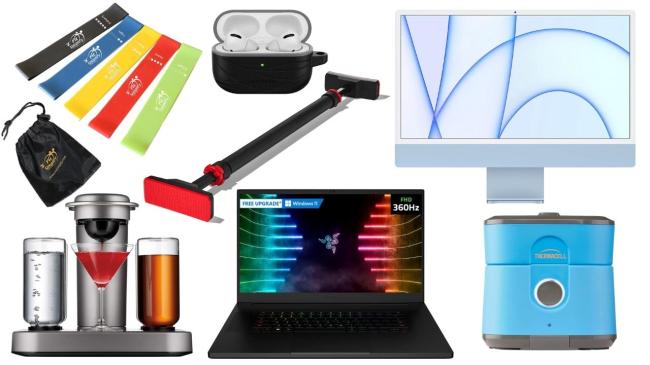