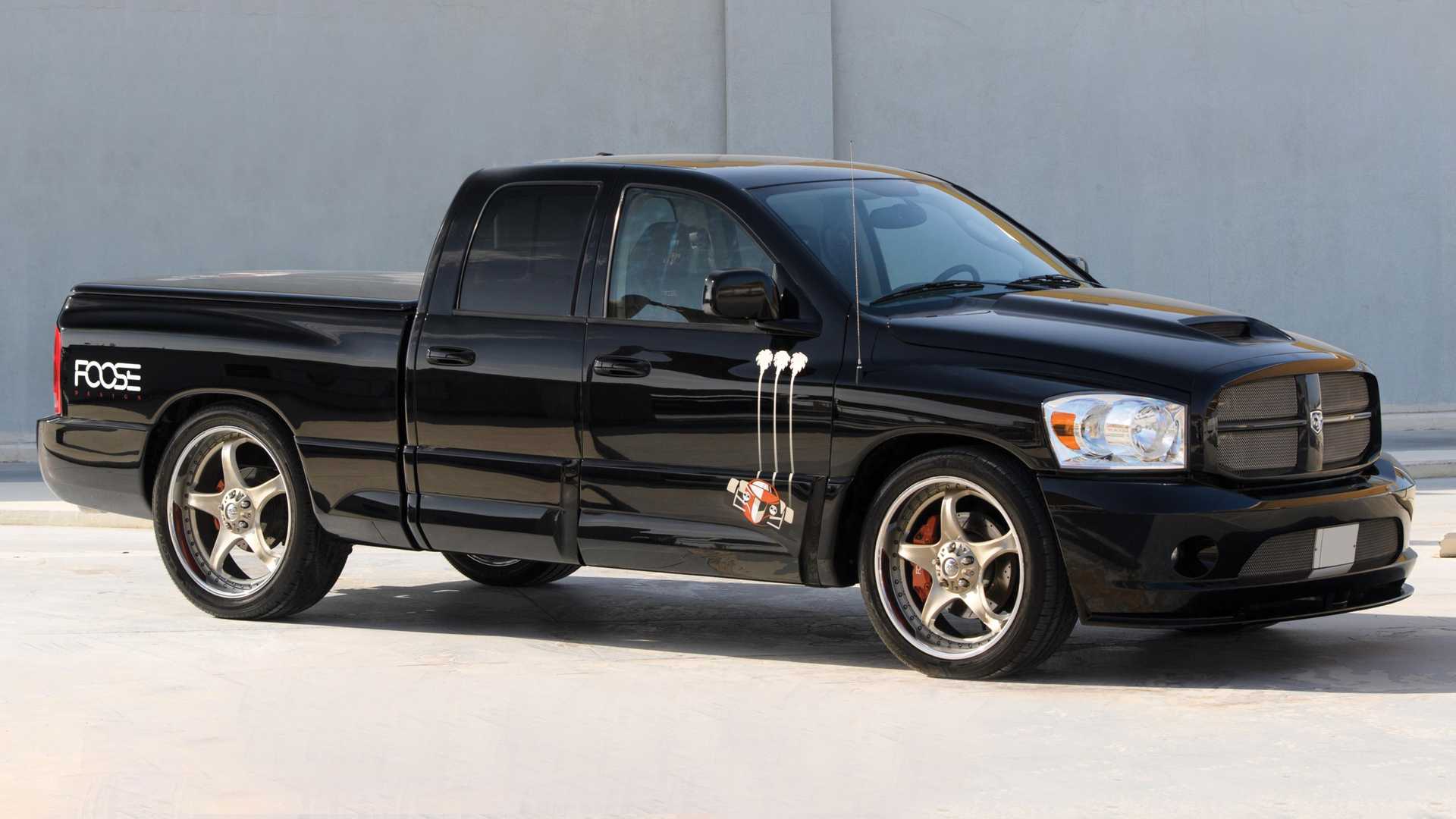 The sports truck has been driven for a little over 11,000 miles.

While we’re patiently waiting for Ram to finally introduce the Rebel TRX with its mighty supercharged V8, here’s another sports truck from Ram with a big engine that you can buy. RM Sotheby’s is auctioning off a 2006 Dodge Ram Pickup Custom that used to belong to famous automobile designer Chip Foose. The vehicle was built specifically for the 2006 SEMA show and he later used it to tow around his Black Hemisfear on a carbon fiber trailer.

The extensive photo gallery shows all the minor defects you’d normally expect to see on a 14-year-old vehicle, but those shouldn’t stop you from buying it considering what lies underneath the hood. Much like the Dodge Ram SRT-10, the vehicle uses a massive 8.3-liter V10 engine borrowed from the Viper linked in this specification to an automatic transmission sending power to the rear wheels. The SRT-10 was also offered with a six-speed manual, but only for the regular cab.

The listing doesn’t mention how much power the engine delivers, but it pumps out a healthy 500 hp and 525 lb-ft (712 Nm) in the SRT-10. It hasn’t been driven much all these years since the odometer is only showing 11,160 miles (17,960 kilometers), which explains why the interior is in a pretty good condition save for some wear and tear noticeable on the driver’s seat.

Aside from the body graphics and the logos embroidered on the seats, the Dodge Ram Pickup Custom also has a Borla exhaust system and sits on Foose’s own set of large wheels measuring 26 inches at the rear and 24 inch in the front. After all, the truck was built to appear at SEMA where everything is supersized. Fans of the Hemisfear will notice an illustration of the hot rod coupe on the bed cover, complemented on the inside by a similar graphic on the headrests.

Waiting For Its Spiritual Successor?

RM Sotheby’s has the muscle truck up for grabs during its online-only Palm Beach Auction until tomorrow, March 28. While the listing doesn’t have an estimate about how much the Dodge Ram Pickup Custom could fetch, a low-mileage 2006 SRT-10 can cost upwards of $30,000. You could pay a lot more than that if you want one that has barely been driven, with Auto Trader listing a 128-mile 2004 SRT-10 regular cab for nearly $50,000.

Americans Say Their Diet Is Healthy, but Is It?
Here is What Hedge Funds Think About STMicroelectronics N.V. (STM)
Advertisement