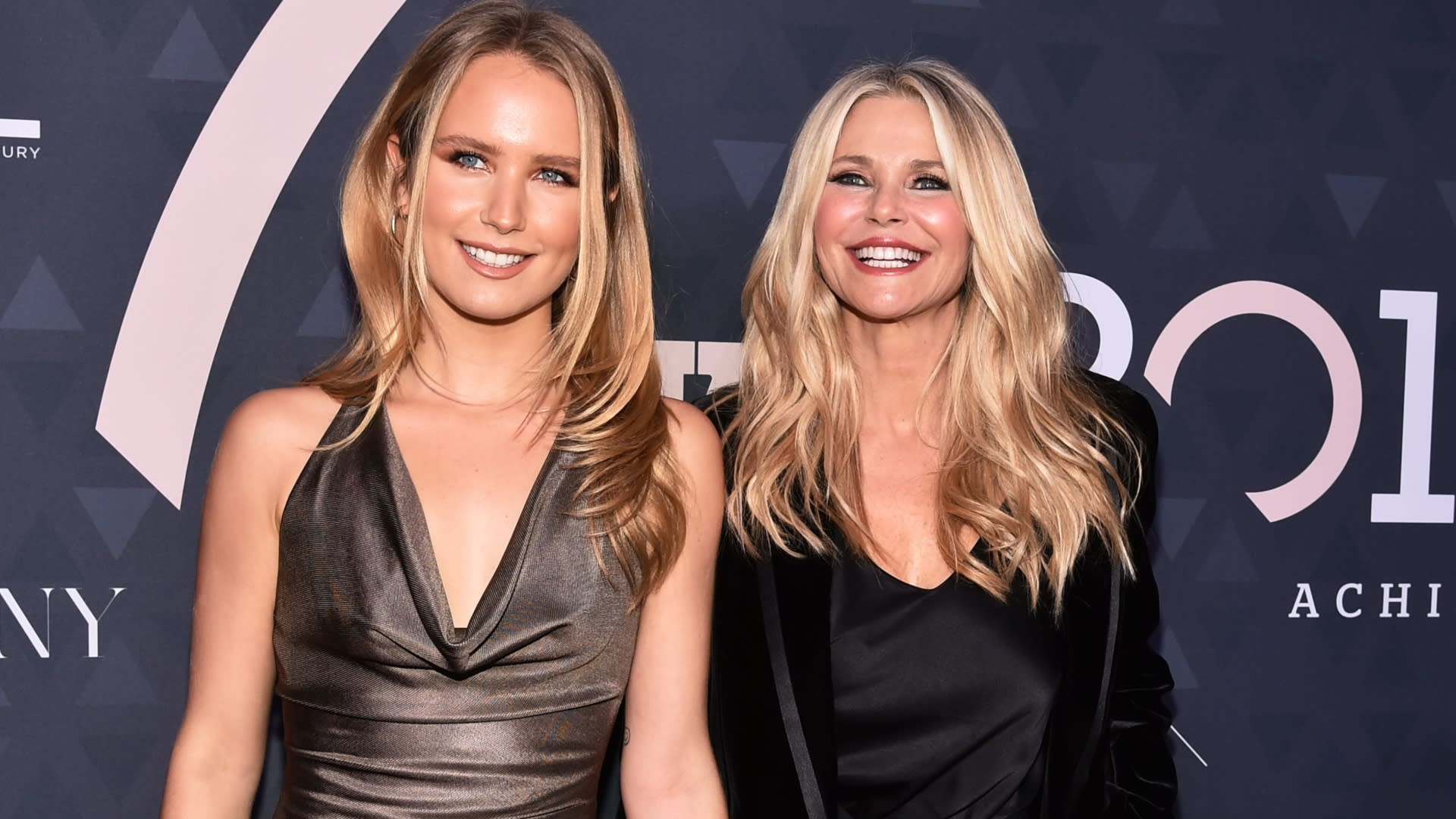 Sailor Brinkley-Cook’s sunny personality stole fans’ hearts when she took the place of mom Christie Brinkley on Dancing With the Stars last year. But in a brave new interview with Good Morning America, the 21-year-old candidly opened up about something viewers of the reality dance competition didn’t see — her struggles with body dysmorphia and, in the past, an eating disorder. In sharing her story now, she hopes that she’ll help other young women who are also dealing with body image issues behind-the-scenes, so to speak.

Talking to ABC News correspondent Deborah Roberts on GMA, Brinkley-Cook revealed her issues with body image really manifested around the time she got into modeling at 15-years-old. “I was looking up at all these major figures in modeling that are size double zero and they’ve got these thin legs and these tiny waists. I was seeing them being so celebrated by everyone everywhere and being wanted by all the boys and all that greatness that comes around being this tiny supermodel,” she told Roberts. “And I wanted that.”

In fact, Brinkley-Cook recounts having been interviewed by Roberts around those teen years and feeling confident because of how “thin” she’d managed to become. At the time, she was reducing her calories and working out five times a day — behaviors she says reflect the “pinnacle of her eating disorder.”

Like many young people battling body image issues and eating disorders, Brinkley-Cook didn’t let her supermodel mom in on the full extent of her struggles. “I grew up a little bit overweight and I felt the weight of my overweightness on me constantly from people teasing me and people looking at me differently. My mom didn’t know the pain that I was going through when I was at my worst,” said Brinkley-Cook.

Realizing how many people out there might be afraid to come forward with similar issues, Brinkley-Cook decided to kick off the conversation surrounding body image on social media earlier this week.

Posting a series of unfiltered bathing suit photos, she explained, “I’m so fucking sick and tired of the photoshop. I’ve been down on myself recently. Crying about my cellulite, letting the fat on my body ruin my day, getting mad that I’m not as skinny as I once was. The body dysmorphia and left over eating disorder tendencies have been coming in strong. She pointed out that the photos of “perfect” bodies on Instagram have led to an uptick in her body-image anxiety. “I have this awful feeling that if I’m not skinny, I’m not worth being celebrated and I’m not worth being praised.”

But, as she told Roberts in Friday’s interview, she’s decided to funnel those feelings into building a community for people to express their body image issues. “I never share my struggles. Honestly, I don’t share those negative parts about myself,” she said. “I’m willing to say, hey, I’m not perfect. And I deal with this, and this. And I want to talk about it because what’s the point of dealing with anything in life if you can’t share your experiences and help someone else?”

Already, Brinkley-Cook has “gotten so many messages” from people all over the world who felt her story resonated with them. The response has further cemented her resolve: “I’m going to try and be really transparent with my problems because I think that’s the way to make Instagram a great tool, is to share and to communicate and to have conversations about things that are hard to talk about.”

In the meantime, she’s trying to practice self-love on a daily basis.

“I feel like no matter if you have cellulite, no matter if your stomach has rolls, no matter if you’re stick thin, whatever you look like, I feel like life is too precious to not go out there putting your best foot forward and loving yourself,” she told Roberts. “I just don’t want life to pass me by. And I’ll look back and say, Why didn’t I appreciate myself?”

Before you go, click here to see powerful quotes to inspire healthy attitudes about food and body image.