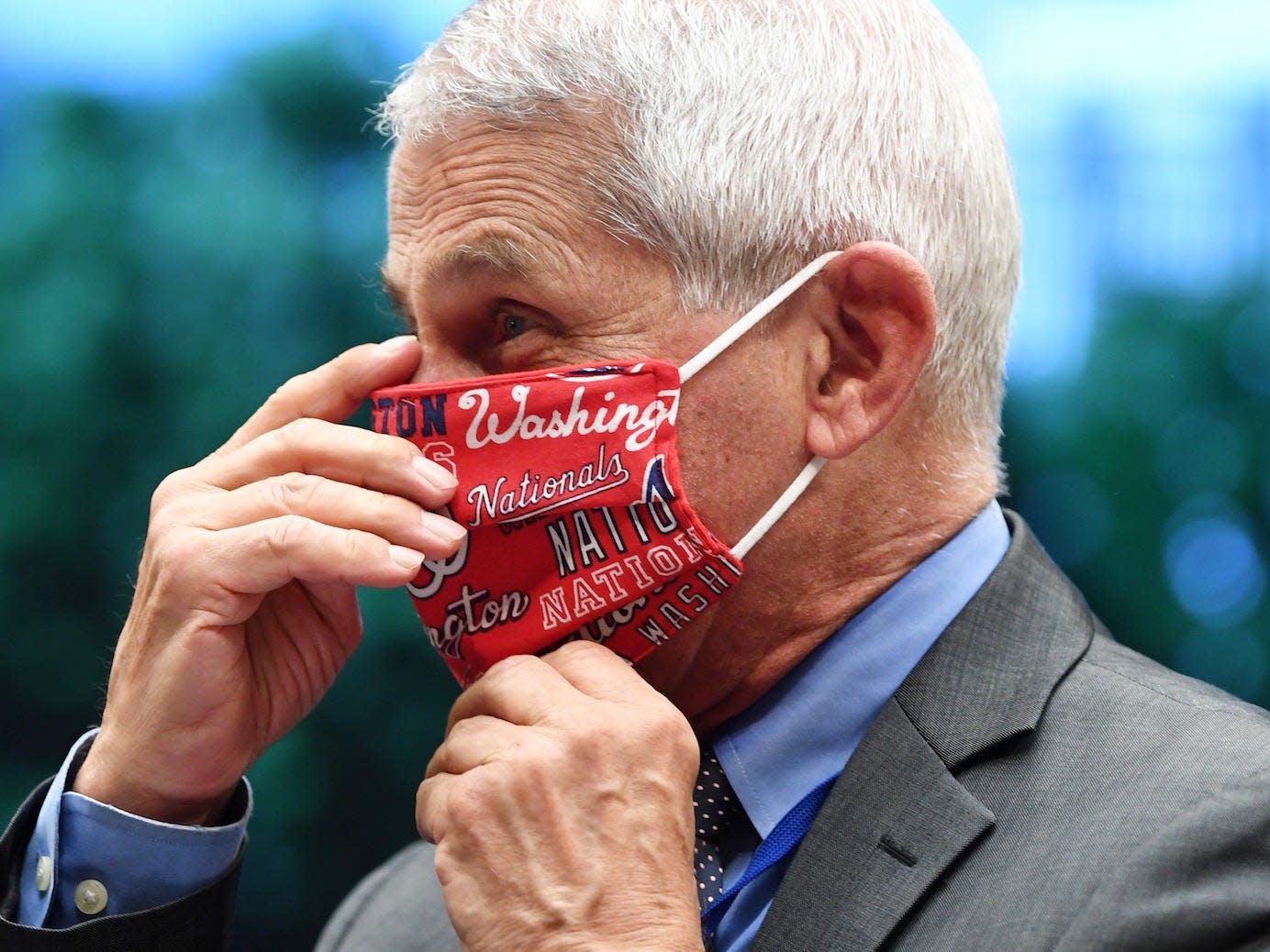 The US’s top infectious-disease expert, Dr. Anthony Fauci, said on Monday that the country was still “knee-deep in the first wave” of its coronavirus outbreak.

“We are still knee-deep in the first wave of this,” Fauci said in a public conversation with the National Institutes of Health’s director, Dr. Francis Collins. “And I would say, this would not be considered a wave. It was a surge, or a resurgence of infections superimposed upon a baseline.”

As cases continue to surge, Fauci said the status of the pandemic in the US was “really not good.”

He added that having more than 50,000 new daily coronavirus cases several times in the past week was “a serious situation that we have to address immediately.”

According to The New York Times, states like Texas and Idaho also saw record-high case counts recorded over a single day on Monday. Cases are also surging in Florida, the Carolinas, California, and Arizona.

Arizona reached more than 101,000 coronavirus cases on Monday, when it recorded more than 3,300 new cases.

Dr. Sandra Till, a pulmonologist and critical-care intensivist at Banner University Medical Center in Phoenix, is worried not just about the community toll this surge could have but about the strain it’s putting on healthcare providers.

“I don’t think it’s something that a lot of nurses, respiratory therapists, and doctors — we probably can’t work at this pace for a prolonged period of time,” said Till, who told Business Insider that she and her team members had worked as much as 90 hours a week treating coronavirus patients. “You can only sprint so long if the thing has to be like a marathon or an ultramarathon.”

“So, you know, that’s why flattening the curve is so important, to preserve us because we’re the ones who need to take care of the sick patients,” she continued. “And if we’re forced to sprint and not have chances to recover, that can have really detrimental consequences in the future.”

In his discussion with Collins, Fauci stressed the need for people to wear masks and physically distance to help limit the virus’ spread. He also said to avoid crowds.

“We’re going to continue to be in a lot of trouble,” Fauci said, according to CNN. “And there’s going to be a lot of hurt if that does not stop.”

Fauci also compared the US with countries in Europe. Italy and Spain, for example, were hard hit by the outbreak during the initial months of the pandemic but have been able to bring their case numbers and death tolls down.

“The European Union as an entity, it went up and then came down to baseline,” Fauci said. “Now they’re having little blips, as you might expect, as they try to reopen. We went up, never came down to baseline, and now it’s surging back up. So it’s a serious situation that we have to address immediately.”

The US is close to reaching 3 million reported coronavirus cases, with more than 130,000 deaths as of Monday, according to data from Johns Hopkins. It leads the world in the number of cases and deaths, and the main model used to estimate the impact of the coronavirus outbreak expects more than 175,000 deaths by October 1.

According to CNBC, last week Fauci warned that the US was not “in total control” of its outbreak and that cases could reach more than 100,000 a day if it’s not brought under control.

“I can’t make an accurate prediction, but it’s going to be very disturbing,” Fauci told senators at a hearing held by the Senate Health, Education, Labor, and Pensions Committee. “We are now having 40-plus-thousand new cases a day. I would not be surprised if we go up to 100,000 a day if this does not turn around, and so I am very concerned.”