Demand for the COVID-19 vaccine is slowing in Lubbock, posing a challenge to health leaders tasked with helping nip the lingering pandemic in the bud.

It’s a race between vaccines and variants, and Lubbock is slowing down when it’s not even at the half-way mark.

Katherine Wells, Lubbock’s director of public health, says it’s disappointing, and a cause for concern. On Tuesday of this week, Wells looked around the Lubbock Memorial Civic Center, where she has the capacity to vaccinate more than 3,000 individuals a day, and saw a room of half empty chairs.

“I just want to see it packed,” Wells said looking around the civic center on a slow afternoon. “It’s disappointing. There’s a lot of staffing efforts that go into this, and you want it to be successful. You want to give as much vaccine as you can, and I have it to give. It’s just kind of like nobody wants to come to your party. You set up the party and nobody comes.”

Wells is encouraging churches, business groups, apartment complexes, event coordinators and anyone setting up gatherings to call the health department at 775-2933 to set up a vaccine table. It’s a tough task, and scheduling is difficult to organize because Moderna and Pfizer require two doses, but Wells wants to be giving vaccines all around the city.

United Supermarkets is helping in this effort. On Friday, United announced it’ll be hosting COVID–19 vaccination clinics every Thursday in April for Texas Tech students and faculty. The clinics will be on campus at the United Supermarkets Arena.

Crockett Tidwell, clinical pharmacy manager at United, said the name of the game moving forward is convenience. He says vaccines need to be more convenient, and they will be.

“In our experience doing flu clinics, the more convenient you can make an immunization, the better participation,” Tidwell said. “We’ve got to increase the convenience factor and increase the availability.”

Tidwell says the ones most wanting the vaccine have gotten it, and now the efforts will be directed toward everyone else.

Tech students will receive the single-dose Johnson & Johnson vaccine, so they’ll only need to show up for one shot. Tidwell says this isn’t a coincidence — they’ve been waiting for this vaccine to give to students. Again, he said this is more convenient.

The first clinic will be from 2-7 p.m. on Thursday, April 8 in the City Bank Room of the USA.

Tidwell says United is in the process of organizing similar clinics at Lubbock Christian University, as well as in communities across the South Plains. United has already hosted vaccine clinics at several community centers in Lubbock, and last week hosted a popup vaccine clinic in Snyder.

Tidwell says pharmacies are starting to get more doses, so when people go grocery shopping, they’ll be able to conveniently get vaccinated there. As United gets more doses, he says their marketing for vaccines at their pharmacies will increase. Tidwell hopes the supply of vaccines won’t be an issue shortly.

The Lubbock VA says it’s expanding its COVID vaccine capabilities as well. All Veterans, their caregivers and spouses are eligible to get a vaccine at the Lubbock VA clinic. The VA clinic says to go to va.gov/health-care/covid-19-vaccine/ to sign up and VA will contact you for scheduling.

All vaccinations are provided free, whether it’s through the local health department, VA or pharmacies. Vaccines are available to everyone 18-years and older.

“The vaccines are safe and effective at preventing disease and severe illness from the COVID-19 virus,” the VA wrote in a news release. “All Veterans, their caregivers, and spouses are encouraged to take this opportunity to help our communities get back on track and return to all the things we have missed because of the pandemic.”

The Lubbock Health Department’s vaccine ambassador program is now active. Citizens are volunteering to encourage others to get the vaccine for the benefit of the entire community. Ambassadors are speaking to groups and making appointments for individuals.

Lala Chavez, a member of the Lubbock ISD School Board, is an active ambassador. Chavez is encouraging everyone she knows to get the vaccine — during holy week, Chavez was at church gatherings signing people up. She’s also been setting up appointments for the homebound, where a nurse goes to their home to give them a shot.

“We’re really busy, I’m trying really hard to get everyone vaccinated,” Chavez said. “It’s been great, it’s been positive, and I think it’s starting to gear up more now that more people are getting it, and people are seeing that.”

Wells said the goal of the large vaccine distribution center was to quickly vaccinate as many people as possible, and she says it was a great success. But she says it seems to have run its course, as the demand keeps dropping.

“I want to switch from quantity to quality,” Wells says. “(At the civic center), this is about quantity. How fast can we get our vaccination rate up to a certain level —  that’s the whole point of this. Let’s run through as many people as possible. The next stage is really finding those people who are either at high risk and didn’t come here, people that didn’t have access to come here, and then people that were hesitant, that have now decided they want the vaccine.”

Wells says people need to know the vaccine is safe and highly effective at preventing severe symptoms from COVID-19.

The total number of doses administered by the Public Health Department, as of April 1, is 99,033 doses. The health department has given 59,270 individuals their first COVID-19 vaccination, and 39,764 have received their second. Across the entire community, Wells estimates not quite 40% of the Lubbock County population has received their first dose.

As an incentive, Mayor Dan Pope announced a fun prize if the health department reached 100,000 doses by the end of the week, a pie to the face or a TikTok dance lesson, but the city fell short by less than 1,000 doses.

Wells says the health department will need to be more active if the city wants to reach herd immunity, which is more than 80% of the population being vaccinated. Wells says the health department is collecting data on who and where to focus their efforts. She says if individuals in a neighborhood are getting vaccines at low rate, they’ll specifically target that neighborhood.

Wells says the health department received a grant from the National Association of City and County Health Officials to be able to offer vaccines from a bus that’ll stroll through neighborhoods. She said it’ll be just like an ice cream truck. Wells says they’ll give vaccines out of a Citibus, and it’s about ready to go.

“We’re calling it an ice cream truck model,” Wells said. “It’s basically utilizing a Citibus to allow us to drive through neighborhoods to vaccinate people, like an ice cream truck. The grant is for the Citibus driver.”

The health department is taking a more targeted approach, she says.

There’s been national data showing white males are getting vaccinated at the lowest rates. An article in the Texas Tribune says white republicans are refusing to get the COVID-19 vaccine more than any other demographic group in Texas.

According to a poll in February from the University of Texas and the Texas Tribune, 61% of white Republicans in the state, and 59% of all Republicans regardless of race in the state, either said they are reluctant to get the vaccine or would refuse it outright.

“At the beginning of the nation’s vaccine rollout, experts warned that people of color, particularly Black and brown people, could be skeptical or fearful about getting vaccinated,” the Tribune wrote. “But over the past few months, white Republicans have emerged as the demographic group that’s proven most consistently hesitant about COVID-19 vaccines.”

Only 25% of Texas Democrats said they were hesitant or would refuse to get a COVID-19 shot, according to the poll.

A survey released by NBC and Morning Consult showed 26% of Gen Z adults said they will not get the vaccine, another cause for concern.

Mayor Pope said at a news conference last month that if citizens were booking all the appointments and there was still high demand at the civic center, the clinic would stay. That’s not the case, and the health department is changing strategies.

“We’ll have outreach teams,” Wells said. “We might be at Mae Simmons or the adult senior center, I’m also looking at utilizing churches, the schools, and more places that will allow us to set up once, and then again in four weeks for that second dose.”

Wells says the large centralized hub was the focus in the beginning, but the health department now needs to focus on targeted outreach. She said pharmacies and hospitals will have more vaccines as well, so the hope is to have vaccines much more available in the entire community starting soon. 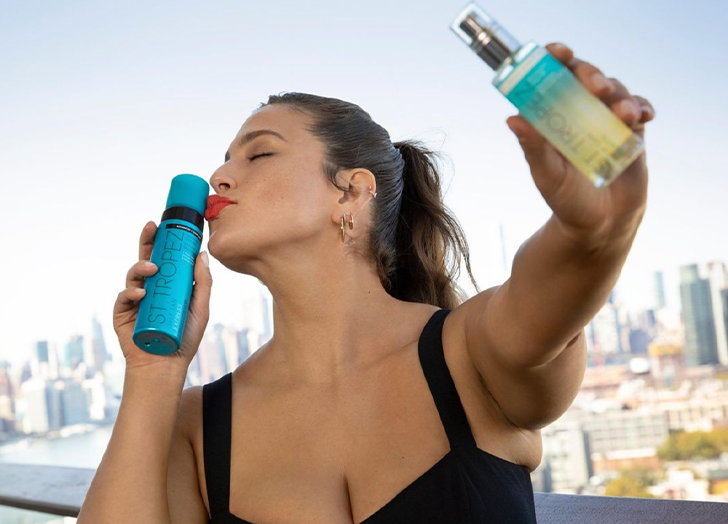