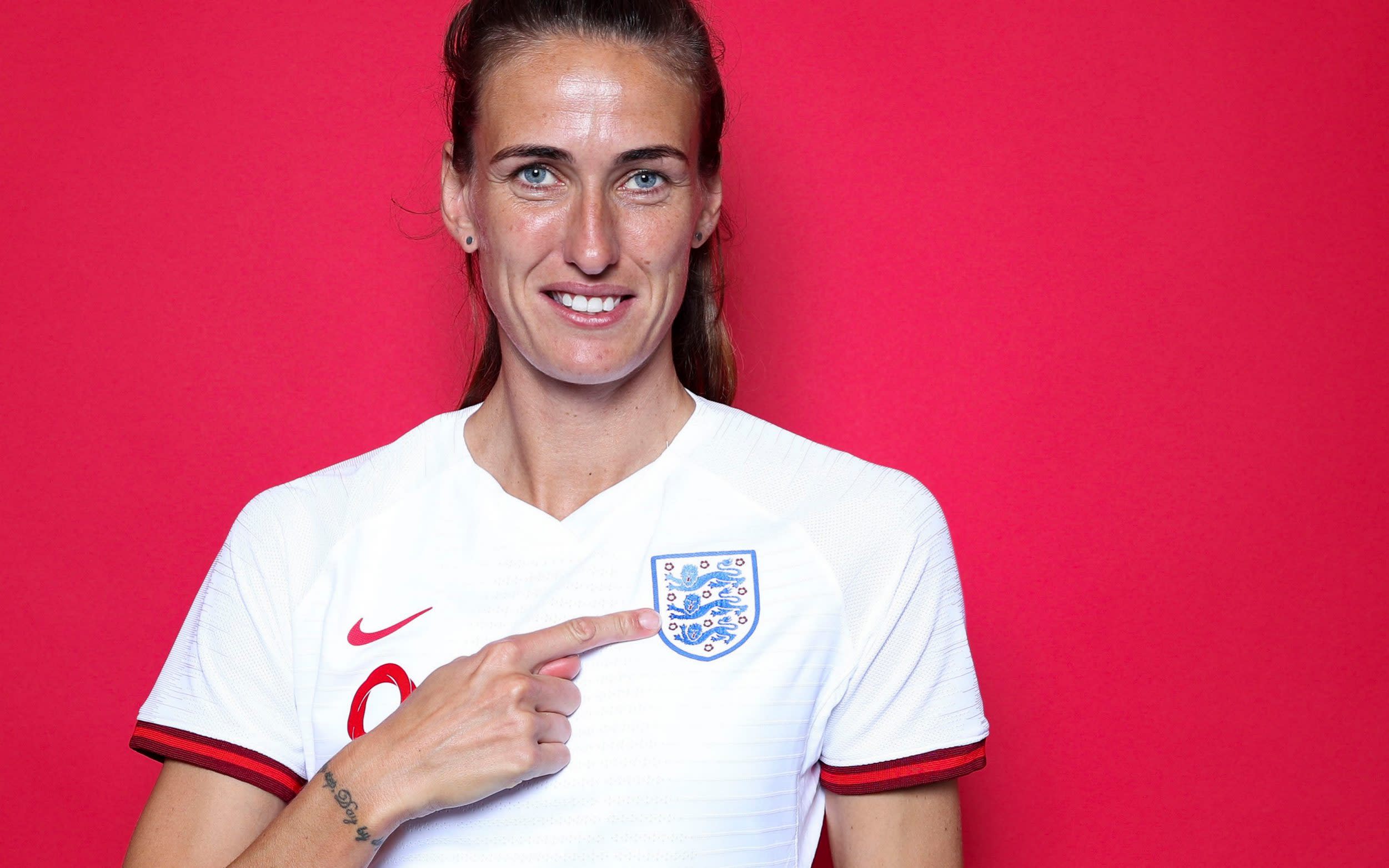 Time is not Jill Scott’s friend. She realises it is running out, that her days with England are numbered. She can see and hear the youngsters coming up behind her and knows they will eventually move ahead, leaving her with a head full of memories and a cupboard stuffed with international caps.

Scott is just two short of the 150 mark but at the age of 33 has already been told that the only thing that will keep her out of next year’s European Championships in England is her mind.

As far as manager Phil Neville is concerned, Scott remains the focal point of his midfield, his running machine, his gangly enforcer. The loud one, the energetic one, the hyperactive one. She has grown up, matured, but has not really changed and does not intend to.

“I haven’t been ID’d anywhere on this trip,” she said with a laugh when asked how it feels to be the senior member of the squad in the USA.

“If you ask the girls, they probably wouldn’t look at us [me]as a senior player because I am probably the one having the most immature laughs around the place.

“I think time seems to pace [sic], honestly, it’s crazy. Someone was talking to me about the amount of caps I have now – I think it’s 148, but you might have to check that.

“They were saying did you ever think you would get that. No, never. You never start playing for England and think I’m going to get over 100 caps.

“I think I can offer a bit of advice to the young ones. We have Lauren Hemp at club [Man City]. She is such a fantastic player, but off the pitch as well she is just such a funny character. She is so laid back. I don’t even think she realises how good she is and that is one of her main strengths.”

With age comes wisdom, supposedly, but it also brings aches and pains, niggles and strains for those in their 30s. It takes longer to recover after games and the body protests far more than it did.

She knows she has to look after herself and the poaching of strength and conditioning, her namesake Dawn, from the USA was partly done to ensure England’s senior players are available to play more often than not.

“I still feel like I can play every game – in the World Cup I did pretty much,” Scott added. “I was fine energy wise, fitness wise, that has always been my strength. But in terms of training I probably have to manage a bit more.

“There might be sessions where they say OK, don’t go all out in this session because it might not be a main session – but I can’t do that. I’m in or I’m out – 100%.

“They have to actually physically drag me out. They are very good at my club and at international level, like maybe giving us two days recovery after a game and I think that is something that I recognised that I needed as the years have gone on.

“I don’t know about playing on until I’m 40. My aim this season is to make that Olympic squad, which is going to be really difficult, especially with the midfield competition that you have – and I’m looking forward to the Euros.

“I probably haven’t thought past that. You never know what can happen in football. I think it’s difficult to make a plan…

“Physically I feel fine and I have been quite fortunate over the years that I’ve never had a major injury so there are all those little things that can add up.

“I think as you get older other things maybe make you think about retirement. I haven’t thought about quitting anytime soon. As I say about getting dragged off training, maybe someone is going to have to drag us away [from the pitch, too].” Scott remembers Dawn, from her formative years in the England camp, before she moved to the USA and was credited with turning the Americans into the fittest and strongest side in the world. A little over 18 years on, they are enjoying working together again. Sort of.

“Since Dawn Scott came in I have definitely focused more on recovery,” Scott explained. “She said that that is an area that I have to focus on a bit more and I totally agree.

“I have probably just gone from game to game. I put everything into training, but I think when you are a bit younger you don’t realise about the importance of putting as much into recovery.

“I am a very forgetful person, just naturally in life, I am so bad. She has been really good because she has been literally throwing recovery drinks down me, dragging me to the gym. She is just relentless. I joke the last thing I see at night is Dawn and the first thing I see in the morning is Dawn.”

We will be seeing plenty more of Jill in the months ahead, whether she remains  longer than that, probably depends on whether she does precisely what Dawn tells her.

Continue Reading
You may also like...
Related Topics:feel, game, play

Does a Bed-Wetting Alarm Even Work? We Asked a Pediatric Urologist
10 Best Immune-Boosting Foods to Help Combat Colds, Flu, and More
Advertisement