NEW DELHI — India has recorded another record number of new coronavirus infections over the past 24 hours as it ramps up testing to more than 900,000 a day.

The Health Ministry says another 977 coronavirus fatalities were recorded in the past 24 hours, raising total deaths to 53,866.

India has conducted 3 million tests for the virus, but experts have urged increasing its testing capacity greatly, given India has the world’s second-highest population of 1.4 billion people.

It has the third-most reported cases in the world, behind the United States and Brazil, and has the fourth highest number of reported deaths behind the U.S., Brazil and Mexico.

India’s nationwide lockdown imposed in late March began easing in May and is now largely being enforced in high-risk areas.

HERE’S WHAT YOU NEED TO KNOW ABOUT THE VIRUS OUTBREAK:

CANBERRA, Australia — Australian lawmakers will for the first time be able to attend Parliament remotely due to new rules introduced in response to the coronavirus pandemic.

Attorney-General Christian Porter on Thursday announced the new rules ahead of Parliament resuming for two weeks from Monday.

Lawmakers will be able to participate in debates and ask ministers questions by video if they can persuade House of Representatives Speaker Tony Smith that they can’t come to Canberra because the pandemic had made it “essentially impossible, unreasonably impracticable, or would give rise to an unreasonable risk” for the lawmaker to attend.

But they will not be able to vote on legislation, second motions or move amendments to legislation.

Most states and territories have closed their borders to non-essential interstate travelers to slow the spread of coronavirus which is concentrated in the cities of Melbourne and Sydney.

SEOUL, South Korea — South Korea has reported 288 new confirmed cases of the coronavirus — its third straight day of over 200 as health authorities scramble to slow an outbreak in the region around the capital.

The figures announced Thursday by the Korea Centers for Disease Control and Prevention brought the national caseload to 16,346, including 307 deaths.

The agency says 230 of the new cases are in the densely populated Seoul metropolitan region, home to half of the country’s 51 million people.

Health workers there have struggled to track transmissions tied to various places and groups, including churches, restaurants, schools and workers. Officials have banned large gatherings and shut down nightspots and churches in the capital area amid fears that the outbreak could spread nationwide.

MEXICO CITY — Mexico’s point man on the coronavirus epidemic says three weeks of continuing decline in the number of new coronavirus cases means the country is seeing a reduction in the pandemic.

Still, he warned that “the risk is not over” as his office reported still-high levels of confirmed infections and deaths. Confirmed cases rose by 5,792 to 537,031, and 707 more deaths were confirmed, bringing Mexico’s total to 58,481.

López Gatell cautions Mexicans that the health emergency will probably last until October, when the regular flu season begins.

LOS ANGELES — The mayor of Los Angeles says he authorized shutting off utility services at a home in the Hollywood Hills that has been the site of raucous parties despite a ban on large gatherings during the coronavirus pandemic.

Mayor Eric Garcetti said Wednesday that “this house has turned into a nightclub in the hills, hosting large gatherings in flagrant violation of our public health orders.”

The city has not identified the home’s address or the owner.

Garcetti warned earlier that such action would be taken against houses and businesses for hosting parties. He says big parties can be “superspreaders” of the coronavirus.

His warning came days after hundreds attended a party at a mansion without masks or social distancing. That party ended in a shooting that killed a woman and wounded two other people.

MELBOURNE, Australia — Australia’s coronavirus hot spot of Victoria state has backed down in the face of a public backlash against a decree that barred residents of Melbourne from taking a short drive to get to an exercise place.

The Victoria government said late Wednesday that residents of Australia’s second-largest city can now drive up to 5 kilometers (3 miles) from their homes to exercise. Those who have been fined for doing that since lockdown restrictions were increased this month can apply to police to have their cases reviewed.

The government’s retreat followed a public argument between a Victoria Premier Daniel Andrews and Melbourne resident angry that she was restricted to walking in her own neighborhood. 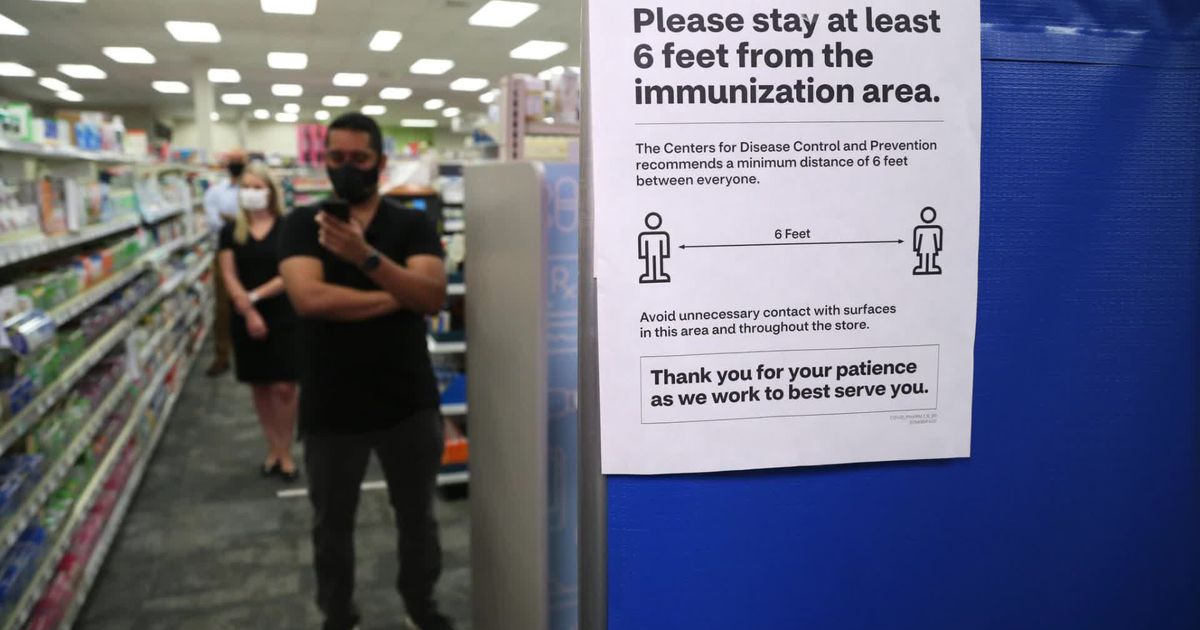