NEW DELHI — India has tested its COVID-19 vaccine delivery system with a nationwide trial as it prepares to roll out an inoculation program to stem the coronavirus pandemic.

The exercise Saturday included data entry into an online platform for monitoring vaccine delivery, along with testing of cold storage and transportation arrangements for the vaccine.

The massive exercise came a day after a government-appointed panel of experts held a meeting to review the applications of potential vaccine candidates, including front-runner Covishield, developed by Oxford University and U.K.-based drugmaker AstraZeneca.

The government plans to inoculate 300 million people in the first phase of the vaccination program, which will include healthcare and front-line workers, police and military troops and those with underlying medical conditions over age 50.

India, which plans to vaccinate 300 million people in its first phase, has tested its coronavirus vaccine delivery system with a nationwide trial of storage and delivery. Meanwhile, Tokyo’s Gov. Yuriko Koike is asking the national government to declare a “state of emergency” to curtail the surging coronavirus “in the name of valuing life.” Tokyo reported a daily record of 1,337 cases on New Year’s Eve and concerns are growing ahead of hosting the Olympics in July. In Italy, older people are defying the stereotypes that they need care and protection amid the pandemic and many are key workers.

California started the new year by reporting a record 585 coronavirus deaths in a single day as infections are surging and hospitals reach capacity. Texas reported a record for hospitalizations for the fifth straight day. There were 12,481 COVID-19 patients on New Year’s Day, an increase of more than 1,750 from a week ago.

TOKYO — Officials in Tokyo and three nearby prefectures have asked the national government to declare a state of emergency to curtail the surging spread of the coronavirus.

“In the name of valuing life, we made this plea together,” said Tokyo Gov. Yuriko Koike after meeting Saturday with the minister in charge of coronavirus measures, along with the governors of Saitama, Chiba and Kanagawa.

Japan has seen a recent rise in reported cases of the coronavirus, especially in urban areas. Tokyo had a daily record of 1,337 cases on New Year’s Eve.

There’s concern about hosting the Olympics in July, with 11,000 Olympic athletes set to enter Japan, as well as tens of thousands of officials and media.

“Corona knows no calendar,” says Koike. “Hospitals are getting packed, affecting medical care for all.”

Japan has never had a lockdown, attempting to juggle the need to keep the economy going with health risks. Prime Minister Yoshihide Suga has come under criticism over what some see as his mishandling of the pandemic. Japan has more than 3,500 confirmed deaths related to the coronavirus.

BERLIN — The CEO of Germany-based travel operator TUI is predicting a “largely normal summer” in 2021 as more and more people are vaccinated against the coronavirus.

TUI chief Fritz Joussen was quoted as telling Saturday’s edition of the daily Rheinische Post that the company’s market research shows “people have an enormous longing to be able to go on nice journeys again after the difficult corona period.”

He said that “we expect a largely normal summer.” However, he added that the company will only offer around 80% of the flights it did in pre-pandemic years “to achieve optimal occupancy.”

Resurgent coronavirus infections in the fall and winter have prompted national and regional restrictions on travel and hotel stays, along with quarantine requirements, largely shutting down tourism in Europe after something of a revival last summer.

Vaccinations started in Europe last month but will take some time to have a significant impact on the situation.

Health Minister Kwon Deok-cheol said Saturday the second highest level of distancing rules will remain in place for the Seoul region until Jan. 17. He says the third highest level of restrictions will stay in other areas until then.

LONDON — The British government is facing growing calls to keep all schools in England closed for at least two weeks as a result of surging coronavirus cases following another sudden reversal of policy.

The call from the National Education Union, which represents over 450,000 members working in schools, came after Education Secretary Gavin Williamson changed tack and said all schools for younger pupils in London should remain shut next week as the capital battles with high levels of infections.

Mary Bousted, the union’s joint head, said the decision was “entirely necessary” but slammed the government for originally planning to allow some schools to reopen in areas where new infections were running high.

The U.K. is in the midst of a sharp spike in new coronavirus cases that many have blamed on a new virus variant that is said to be up to 70% more infectious.

The state Department of Public Health said Friday there were more than than 47,000 new confirmed cases reported, bringing the total to more than 2.29 million.

Hospitals in the state ended the year on “the brink of catastrophe,” a health official said as the pandemic pushed deaths and sickness to staggering levels and some medical centers scrambled to provide oxygen for the critically ill.

The collaboration comes as older hospitals are having difficulty maintaining oxygen pressure in aging infrastructure and some were scrambling to locate additional oxygen tanks for discharged patients to take home.

California this week became the third state to exceed 25,000 COVID-19 deaths since the start of the pandemic.

AUSTIN, Texas — Texas hit a new record high for patients hospitalized with COVID-19 for the fifth consecutive day Friday, in a continued surge of the disease caused by the coronavirus following holiday gatherings and travel.

State health officials on Friday reported 12,369 new, confirmed cases of the virus and another 3,658 probable cases.

According to the Texas Department of State Health Services, intensive care units in several parts of Texas were full or nearly full.

The grim count has continued to climb as some Texans gathered to celebrate the new year, despite warnings from health officials that congregation is likely to further spread the virus.

Seven-day rolling averages of daily new cases and daily deaths in Nevada dropped over the past two weeks. That’s according to data from Johns Hopkins University and The COVID Tracking Project.

The number of infections is thought to be far higher than reported because many people have not been tested, and studies suggest people can be infected with the virus without feeling sick.

Concerns are mounting about the ability of the already stretched National Health Service to handle the anticipated increase in the number of people seeking treatment for COVID-19.

Field hospitals that were constructed in the early days of the pandemic but that were subsequently mothballed are being reactivated.

The Royal College of Nursing’s England director says the U.K. is in the “eye of the storm.”

Over 55,280 new infections and another 613 deaths were recorded Friday, putting the U.K. on track to once again overtake Italy as Europe’s worst-hit country in the pandemic.

The spike in new cases is said to be due to a new, more contagious variant of the virus first identified around London and the southeast of England. 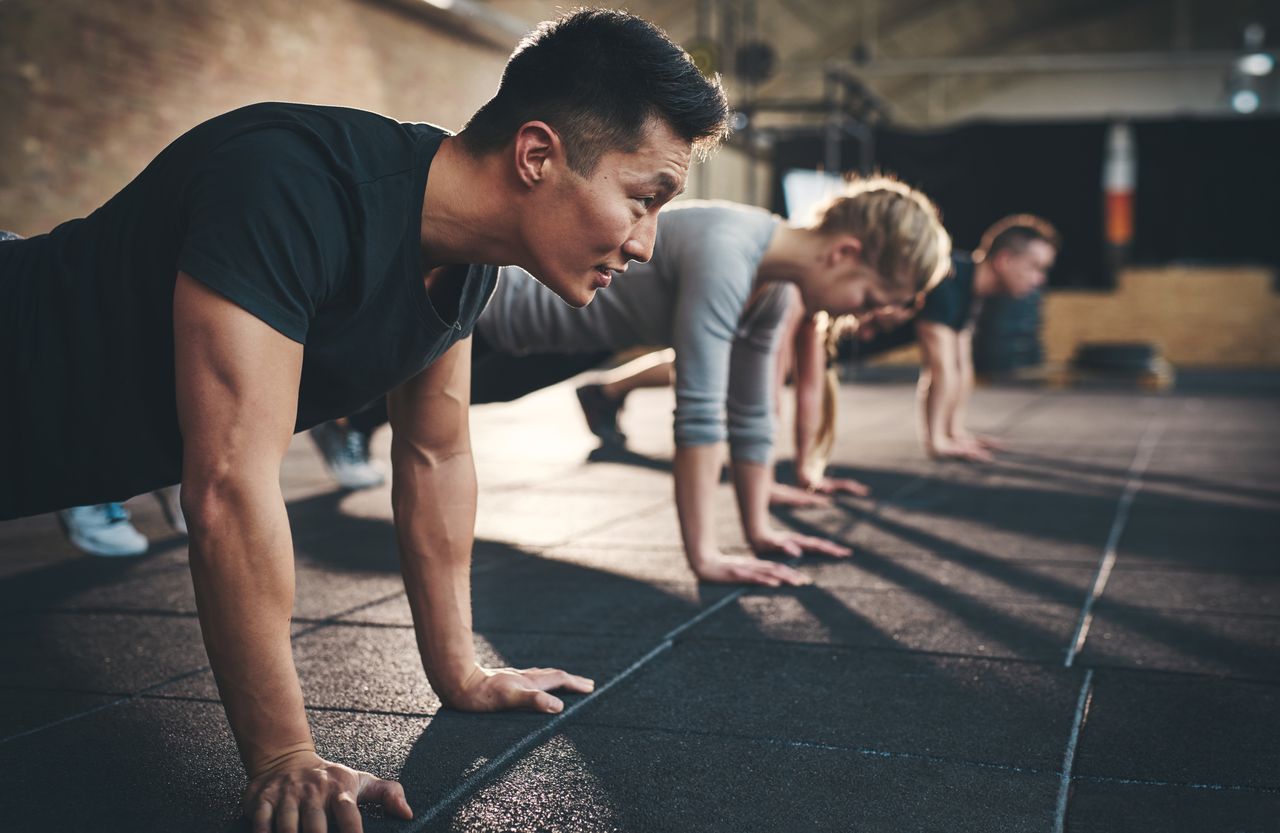