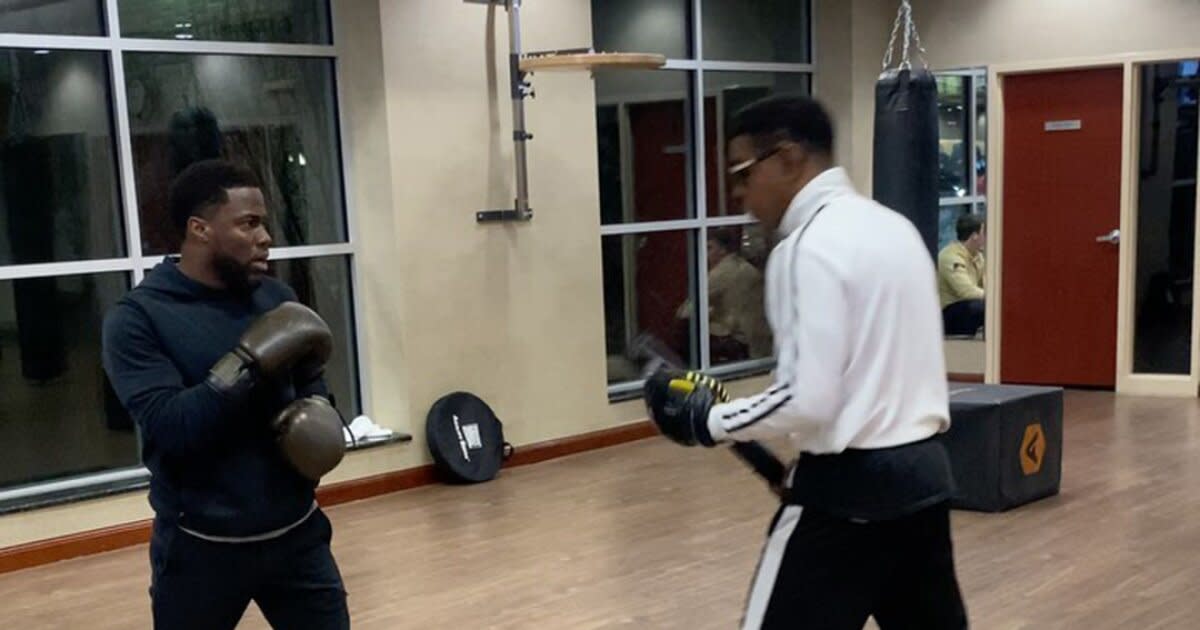 Kevin Hart is on the road to recovery.

On Thursday, the comedian, 40, gave viewers a glimpse into his healing process as he continues to recover from a September car crash where he sustained major back injuries.

The Jumanji: The Next Level actor shared an Instagram clip of his gym training session where he is seen beefing up his boxing skills with help from a coach.

During the video, Hart throws a series of jabs and hooks as he practices sparring with his trainer while the tune “We Got the Beat” by The Go-Go’s plays in the background.

“It’s all coming back…slowly but surely,” the actor said of his skills, adding, “Patience is whats most important at this point. Is it easy? Absolutely not….but I’m loving every minute of it.”

RELATED: Kevin Hart Says ‘the Other Version of Myself Died’ in Car Accident: ‘It’s a Resurrection’

After undergoing emergency back surgery following his accident, the star has dedicated several months to his recovery, explaining in his video caption, “the journey to becoming a greater me continues….”

The actor received praise from his fans who cheered him on in the comments section, applauding the father of two for getting back on his feet.

“My man 💪🏻,” another person added, while a third encouraged Hart to “keep it up.”

RELATED: Kevin Hart’s Wife Admits ‘There Were Times Where He Was Here But Not Really Here’ Before Crash

On Sept. 1, Hart was a passenger in his 1970 Plymouth Barracuda when the driver, friend and producer Jared Black, lost control and crashed through wooden fencing just before 1 a.m. local time on Mulholland Highway in Malibu.

The blue Barracuda crashed about 10 feet off the road and into a ditch, leaving Black and the comedian with “major back injuries,” TMZ reported at the time.

Earlier this month, Hart opened up to Men’s Health about his experience recovering from the crash.

“The hardest part is slowing down and being patient,” he explained. “I’m telling Dr. Pat and Boss that I want to do two-a-days at the gym. And they’re like, ‘Sit your stupid ass down and be patient. You gotta heal.’ I get that now.”