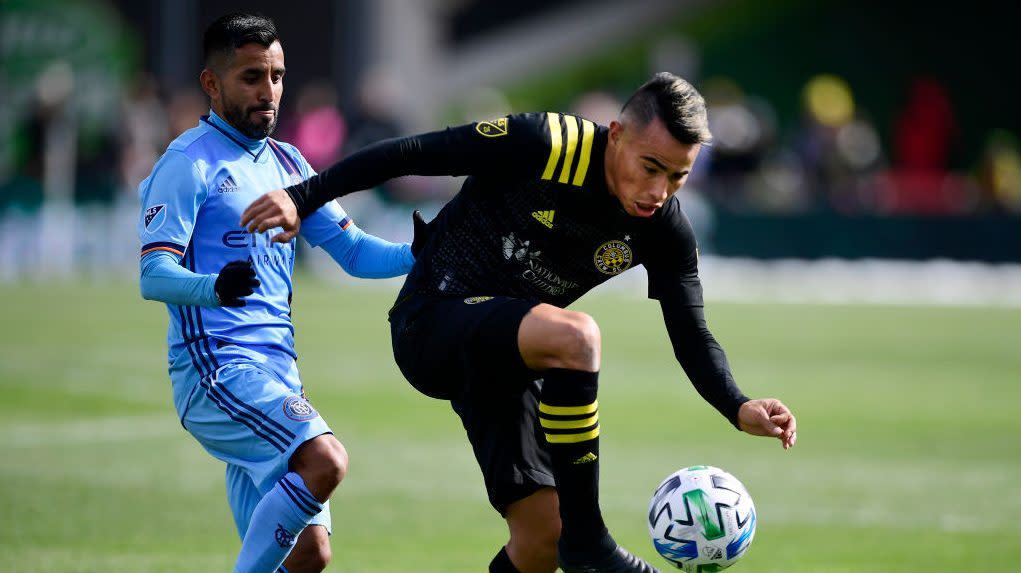 The second day of the 2020 Major League Soccer season was just as enticing as opening day, featuring thrilling goals, a handful of debuts and a late winner.

This is what we learned from Sunday’s action:

1) Carlos Vela is the league’s best player, and it’s not even close

Many players, coaches and followers of the league are already onboard with this idea: Carlos Vela is the best player in MLS. He is, and it’s not even close. And if one still had their doubts about the rationale, the Mexican attacker, who turned 31 on Sunday, scored one of his best goals in the league thus far:

These next-level sequences are routine for Vela. Sure, Alejandro Pozuelo quickly assembled a highlight reel of his own in his first season in the league in 2019, but the consistency from the Spaniard pales in comparison. The Cancun native is cut from a different cloth. And, if you ask Bob Bradley, he’d probably tell you that it’s an exclusive cloth.

“I have been a coach for many years and I have been fortunate to train a select group of special players,” Bradley said following Sunday’s game. “Carlos Vela is on that list with Hristo Stoitchkov and Mohamed Salah.”

Lucas Zelarayan’s arrival to the Crew didn’t get the airtime it deserved, but after his debut on Sunday, oblivious onlookers got their first taste of the Argentine’s nifty skills.

In Mexico, Zelarayan got the short end of the stick at Tigres, who boast one of Western Hemisphere’s most lucrative rosters, accumulating more time on the bench, or in club suites than on the field towards the tail-end of his stay. That may never happen under Caleb Porter’s watch, giving Zelarayan the chance to engrave his name into MVP conversation list this season.

It’s totally fair game to summon the “it was the first game ever for Inter Miami” one-liner when taking a defensive posture in an anti-Inter Miami debate.

The fact that they made their MLS debut, however, doesn’t save them from being analyzed – for better or for worse. They have both feet in the arena and are fair game.

That said, they didn’t have a productive game on the attacking end.

Rodolfo Pizarro, the player that was purchased for a reported $12 million from Liga MX’s Monterrey, fell really short of the hype surrounding his league debut. The 26-year-old Mexican ended the night with two shots on target, two more than his teammate Robbie Robinson, who offered little goal-scoring threat up top. Matias Pellegrini, too, proposed little from the left flank and was subbed off in the 79th minute.

There’s no doubt that Diego Alonso will eventually figure it out in Miami. After all, David Beckham and company set him up with a decent roster, but don’t be surprised if Inter goes through a long session of growing pains.

The injury is, undeniably, a major blow to the Five Stripes. To make matters worse, at the moment, Frank De Boer has only one healthy striker to chose from in Adam Jahn. Jahn put together a praiseworthy season with USL Championship side Phoenix Rising in 2019, but has shown the opposite in over 100 MLS appearances.

With the primary transfer window not closing until May 7, the Five Stripes won’t be in a time crunch, but they will have more time to get the ideal signing down (or not). Carlos Bocanegra has done well on player recruitment, but perhaps this is his biggest challenge yet.

Like any other coach in a similar situation, Brian Schmetzer had his tactical reasons to start Miguel Ibarra over Jordan Morris. It’s completely understandable.

Moving forward, though, Schmetzer won’t have any reasons to do the same. Morris, who scored two goals off the bench for the Seattle Sounders, handed the defending champions a prized victory over a new-look Chicago Fire, solidifying his place in Seattle’s starting lineup for the pair of weeks to come.

As pointed out by MLS analyst Matt Doyle, Morris, since June 23, has recorded 17 goals and 14 assists for club and country. Morris should be far removed from bench treatment. It’s pretty simple.

Continue Reading
You may also like...
Related Topics:Learned, MLS

Best face moisturizers for every skin type and budget
Carrie Underwood On Nutrition, Fitness, Her ‘Find Your Path’ Book
Advertisement