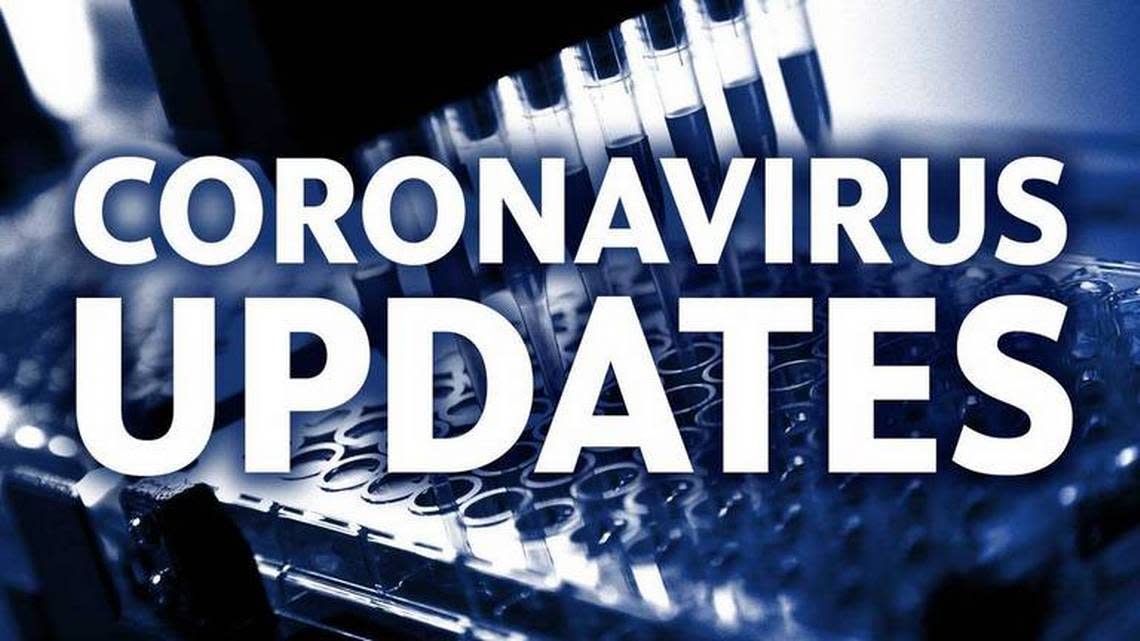 County health officials reported a total of 4,004 confirmed cases of COVID-19 Saturday morning, an increase of 333 infections from Friday’s figures. The last highest daily increase in infections came Monday when 228 cases were added to the tally.

The new record comes as cases of coronavirus across California and much of the United States surge — and as the Fourth of July threatens to imperil thousands gathering in large numbers in celebration of the nation’s independence. Public health officials have said that family gatherings and other celebrations are one of the leading causes of this surge, although testing capabilities have expanded as well.

The California Department of Public Health has reported a total of 250,431 people have tested positive for the highly contagious virus in the state and 6,312 people have died of COVID-19, the respiratory disease caused by the coronavirus. Officials reported 3,974 new coronavirus cases and 51 deaths on Friday, a decline from previous days tempered by the fact several counties did not report new data, most notably Los Angeles County.

But those numbers don’t include several counties that did not report new data, when the Fourth of July holiday was observed. Among them is Los Angeles County, which has 43 percent of all the cases in the state and went into Friday averaging 2,314 daily cases and 30 deaths. Los Angeles County Public Health said on its website it is improving its data processing systems and will not report new data until Monday.

The cases reported Friday are down significantly from a week where California twice hit record highs, leaving it with a seven-day average of 6,402 daily cases and 65 deaths. Nonetheless, infections have risen by more than 50 percent in the last two weeks, and although death rates have yet to see a dramatic rise in many areas, state officials say fatalities have increased by 16.8 percent in the same time span.

Tuesday was one of the most deadly days in the state since the start of the pandemic, with 110 people reported killed by coronavirus. The highest daily death toll stands at 115 on April 22. Tuesday had the second highest number of deaths of any day so far.

California, like Sacramento County, has continued to break old records for daily infections. On June 20, 4,515 new positive test results were added to the state infection total. Then, on June 22, that record was broken when 5,019 more patients were added, and a day later, on June 23, 7,149 more patients were reported. On June 29, the current record for daily infections was set, with 9,480 cases reported in a single day.

Currently, 5,506 Californians are hospitalized with COVID-19, 1,650 of whom are being treated in an intensive care unit. Two weeks ago, 3,574 people were in the hospital, marking an increase of 54 percent in 14 days.

Placer County has reported 786 infections and 11 total deaths as of Friday, when 32 new cases were added. Placer broke its record for daily increases two days in a row this week with 41 new cases Tuesday and another 40 Wednesday. Two deaths were also reported last week, the first fatalities in about a month.

Yolo County has seen a total of 613 infections, adding 30 more on Friday. County health officials also reported one death on Friday, bringing the total to 25. Of these 17 deaths were related to an outbreak at Stollwood Convalescent Hospital in Woodland.

Although no resident of El Dorado County has yet died of COVID-19, hospitalization rates have been increasing. Currently, 226 people have tested positive for coronavirus as of Friday, up by 20 from Thursday. Three people are in the hospital with coronavirus, one of whom is in an ICU. There was just one person hospitalized as of June 29.

Sutter County saw its highest day of infection yet on Friday, reporting 23 new COVID-19 cases for a total of 228 cases and three deaths, with five people currently hospitalized. Yuba County also added four cases on Friday after reporting nine new COVID-19 cases on Thursday and 19 on Wednesday. Yuba County has seen a total of 103 infections and one death due to the virus.

Worldwide, 11.1 million people have tested positive for coronavirus and 526,000 people have died. The United States accounts for about a quarter of all infections, with 2.8 million cases and 129,000 deaths, according to Johns Hopkins University.

Sacramento County public defenders argued that local jails pose a health risk to the inmates held there in a filing sent to the California State Supreme Court this week.

The public defenders demanded even more early releases to inmates held at county jails in order to prevent further spread of coronavirus among a population that is largely helpless against a viral outbreak.

“The crisis worsens, the lower court pays no heed and the intervention of this court is urgent,” attorneys argued. ““The superior court has refused to act and the jail system remains a tinderbox risking not only petitioners’ lives, but the lives of law enforcement, medical personnel, jail staff, attorneys, court personnel and the community at large … continued inaction threatens to destabilize emergency infrastructure across the community.”

The petition was filed on behalf of inmates with medical conditions that render them susceptible to the highly contagious coronavirus, who, according to the attorneys, are at even greater risk because they cannot exercise social distancing given the restrictive quarters of dormitories.

“Containment is impossible unless the court takes steps to reduce the population,” the attorneys argued. “The infectious nature of COVID-19 can quickly overwhelm jail medical staff,” they continued, saying hospitals would have to pick up the slack to treat the sick in custody. “By allowing the jail system to operate at single-cell capacity, the court can save lives in and out of the jail.”

About 2,500 inmates were housed in the county’s downtown Main Jail and Rio Cosumnes Correctional Center near Elk Grove as of late June. That number dropped by 1,200 since the start of the pandemic, attorneys say in the filing, but the total should be temporarily capped at 1,800.

Two of California death row’s most notorious inmates apparently died from COVID-19, officials announced Friday, bringing the number of inmates across the state to die after contracting the coronavirus to at least 24.

The men, convicted child killer Scott Thomas Erskine and Manuel Machado Alvarez, who was convicted for a Sacramento County crime spree that included rape, murder and a carjacking, both died on Friday, the California Department of Corrections and Rehabilitation said in a news release.

Alvarez, 59, was convicted more than 30 years ago for a May 1987 spree over four days in which he raped an 38-year-old woman, fatally stabbed a 35-year-old Sacramento Police Department identification technician while trying to rob him and injured a 78-year-old while stealing her car. According to CDCR officials, Alvarez fled the state and was arrested 12 days later in Mississippi. He’s been on death row since Sept. 20, 1989.

Erskine, 57, was convicted for the 1993 murders of Charlie Keever, 13, and Johnathon Sellers, 9, who disappeared after leaving home to ride their bikes to the Otay River banks in San Diego, CDCR said. The children were found two days later bound and gagged.

Both men were being treated at outside hospitals after being sickened by coronavirus inside San Quentin State Prison, where the virus has run rampant for nearly two weeks. Nearly 1,400 inmates, one in three housed in the famed Marin County facility, have tested positive for the virus, and the prison accounts for more than half of all infections in the CDCR system, according to its coronavirus dashboard.

In total, 5,280 inmates have been infected with the coronavirus in the state’s prisons since April, with 1,441 new cases since June 19.

Rancho Seco Recreational Area is closed for day use through the holiday weekend after a visitor tested positive for COVID-19, property owner Sacramento Municipal Utility District said. In a press release Friday, SMUD said contract tracing after Wednesday’s confirmed test revealed no other park guests were exposed to the infected visitor. SMUD said it would continue to honor existing campsites reservations at the site despite the day-use closure.

What is COVID-19? How is the coronavirus spread?

Coronavirus is spread through contact between people within 6 feet of each other, especially through coughing and sneezing that expels respiratory droplets that land in the mouths or noses of people nearby. The CDC says it’s possible to catch the disease COVID-19 by touching something that has the virus on it, and then touching your own face, “but this is not thought to be the main way the virus spreads.”

Symptoms of the virus that causes COVID-19 include fever, cough and shortness of breath, which may occur two days to two weeks after exposure. Most develop only mild symptoms, but some people develop more severe symptoms, including pneumonia, which can be fatal. The disease is especially dangerous to the elderly and others with weaker immune systems.

The Sacramento Bee’s Darrell Smith, Emiliano Tahui Gómez and Daniel Hunt, and The Mercury News of San Jose contributed to this story.