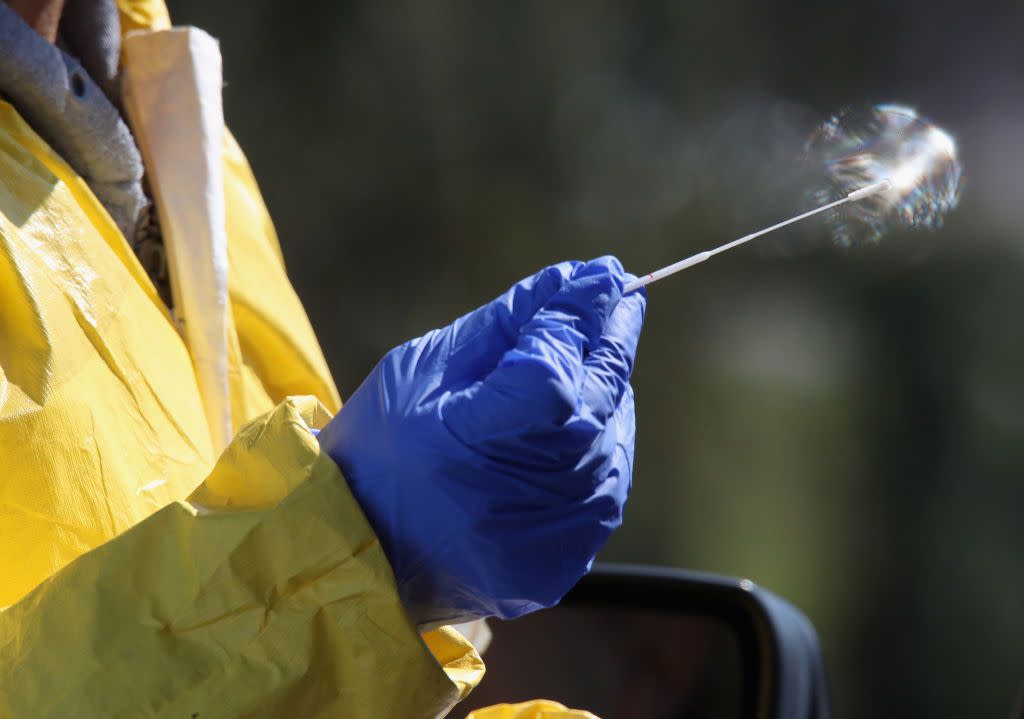 (Bloomberg Opinion) — When something is in short supply, getting it can depend on who you know. That’s true of the coronavirus test, with an added twist.

A striking number of rich and famous people, from basketball star Kevin Durant to Senator Rand Paul, have tested positive for Covid-19 without showing symptoms of the disease, let alone being hospitalized. That’s led to charges of unfair access. New York City Mayor Bill De Blasio criticized Durant’s team, the Brooklyn Nets, for testing its players. “An entire NBA team should NOT get tested for COVID-19 while there are critically ill patients waiting to be tested,” he said on Twitter. “Tests should not be for the wealthy, but for the sick.”

Even without pull, however, the rationing criteria used for coronavirus tests around the U.S. make it likely that people in some social and professional circles can get the tests while most can’t. Depending on where you live, if you’ve been in contact with someone who tested positive, you may be able to get a test even without symptoms. (My hometown of Los Angeles is among the places that have given up on testing patients without dire symptoms, who would just be told to self-quarantine.) The Centers for Disease Control and Prevention’s guidelines give priority to people “who within 14 days of symptom onset had close contact with a suspect or laboratory-confirmed Covid-19 patient, or who have a history of travel from affected geographic areas.”

The result is that work, family and social circles where a single individual tests positive get bumped up the line. See the National Basketball Association, or Congress, or various now-shuttered Hollywood sets. The same is true of international travelers. Their doctors can make legitimate claims to be following the rules. “We were following directives,” said NBA Commissioner Adam Silver in response to charges of special treatment.

There were already good epidemiological reasons to test broadly, collecting important data about the shape and extent of the epidemic. Now the skewed sample of those tested adds another dimension to case for random testing: fairness.

Many more people have been exposed to the virus than can prove it. When they come down with high fevers and body-wracking coughs, they face the debilitating prospect of persuading someone to test them — or even being turned away. “Finding solid guidance took hours of time and lots of energy, and for people without my privileges, the process would be exponentially worse,” wrote New York Times reporter Tim Herrera about his experience. He eventually tested positive.

Even someone as rich and famous as TV actress Debi Mazar can find it difficult to get a test despite having symptoms. When she called a doctor friend, “he said NO, I didn’t meet the criteria. I hadn’t recently traveled out of the country & I hadnt been with someone who had actually tested positive,” she wrote on Instagram, “I found this kind of a CRAZY criteria for a NY’er as I had taken the subway, gone to the theater, the grocery store, the pharmacy, hair salon, etc.” She eventually found a clinic willing to give her a test and proved positive for Covid-19.

The real problem, of course, is there aren’t enough tests and they take too long. Contrary to De Blasio’s pronouncement, the test should not ideally be limited to the sick. To understand how the disease spreads, and to limit both its infection rate and its economic effects, there would need to be much more testing of seemingly uninfected people. California Governor Gavin Newsom reports, without details, that L.A., Orange and Santa Clara counties have been testing young, healthy people to see how far the virus may have spread.

If we had enough tests to make such checks routine, some people might test positive and be sent home to self-quarantine and notify those they might have come in contact with. Others could continue to work.

To take the example that so irked De Blasio, suppose every NBA team could easily test its players and staff — a tiny number of people in a nation of 320 million. Games might resume with those who tested negative, using broadcast crews who’d also been tested. ESPN would have something to talk about besides Tom Brady. One small part of the economy could resume operations, followed by others. Instead of arguing about fairness, we could focus on stemming the pandemic.

This column does not necessarily reflect the opinion of Bloomberg LP and its owners.

Virginia Postrel is a Bloomberg Opinion columnist. She was the editor of Reason magazine and a columnist for the Wall Street Journal, the Atlantic, the New York Times and Forbes. Her next book, “The Fabric of Civilization: How Textiles Made the World,” will be published in November.

For more articles like this, please visit us at bloomberg.com/opinion