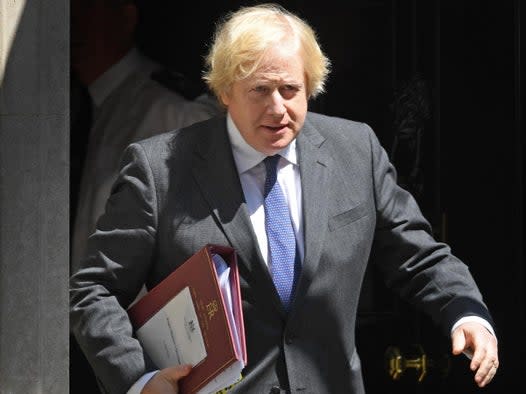 In the same week that marked ten years since the coalition’s first austerity budget, Downing Street served up another potential recipe for disaster.

In relaxing the two-metre rule, No 10 has made one of its biggest strides towards reopening the UK economy since the outbreak of coronavirus. Notably, these major steps are being taken against the advice of the Sage groups, which argue that we have not properly suppressed the virus, that we don’t have an adequate test and trace programme in place and that the risk of infection is still too high.

There is already a growing disregard for social distancing measures. And we are still unable to compare the government’s actions with the results of our most recent test-run for an influenza-based pandemic – the conclusions of which were reportedly considered “too terrifying” to see the disinfecting light of day. Yes, there has been a version of the report leaked and published – but in a such a wide-ranging exercise there is likely much more to see.

What we know about Exercise Cygnus has so far been worryingly accurate. It predicted, for instance, that our ill-equipped social care system would struggle to cope under the strains of something like Covid-19. So why keep its other findings hidden from the public and from those who can adequately scrutinise how they can help us tackle this crisis?

The government has said repeatedly and categorically that it is using the Cygnus exercise to inform its response to Covid-19, including current policy and legislation. Moreover, the government has relied on the exercise to defend itself from criticisms over its handling of the pandemic. Yet, several months into this crisis, and we are yet to get the full and complete picture of the simulation.

Together with Dr Moosa Qureshi, a medic who has been working as part of the NHS effort to contain Covid-19 in London hospitals, I have launched a legal effort to obtain full disclosure of the reports into Cygnus. We are asking the government only to fulfill the basic control and testing function that underpins any of the science it appeals to at every possible turn: introduce scrutiny and peer review to the process of decision-making.

So far, attempts to obtain the results of the exercise through more conventional channels have been stonewalled. A series of leaks to the Sun and Guardian newspapers have been made, but we contend that this is not the full picture the public deserve – we want all documents connected to the exercise to be released.

The arguments for urgent full publication are clear. The wider public should be able to understand the challenges identified by Cygnus, apply meaningful scrutiny to the steps taken to address those challenges and in this way form part of the response to an ongoing pandemic.

Cygnus could have longer-lasting impacts on how our governments act, not only during a potential “second wave”, but also during future national emergencies. Throughout a crisis, during which there has been no clear threat to national security, Whitehall’s engagement with the public has been more than just evasive – it has been rooted in cynical spin and secretiveness.

Too much of the government’s response to the pandemic has been characterised by this. It has heavily censored scientists’ advice on Covid-19 and blocked journalists with specialist knowledge from putting questions to ministers at the now-axed daily briefings.

Not only this, it has engaged in aggressive retaliatory PR towards journalists who have shone a light on failings, while stoking the flames of a vicious culture war that is choking public discourse.

Taken together, all of this points to a worrying drift towards democratic recession. Just as where there has been no clear bidding process for contracts worth tens of millions to lead the national contact tracing programme, and as a number of the government’s most controversial decisions over the past few months appear to have been driven by corporate lobbyists, Boris Johnson and co. are not only disenfranchising the public when they refuse to meet a minimum level of transparency here – they’re selling us down the river.

On the rare occasions No 10 has allowed its decisions to be scrutinised by the wider press and/or scientific community, safer and more effective policy has almost invariably emerged. The delayed reopening dates for schools is but one example of this.

In this sense, Sage is saying the same thing we are, albeit in a different light. Publish this vital information and open up government decisions to a basic level of scrutiny.

How governments and criminals use coronavirus to make big bucks